Our Year 10 student Augustine Morris has been nominated for the Australian Olympic Change-Maker program. 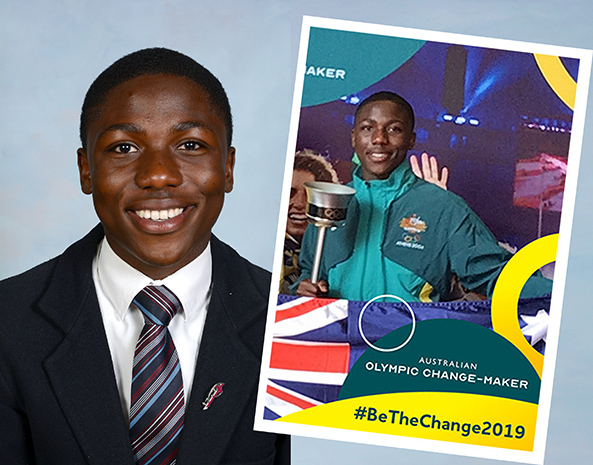 The Australian Olympic Change-Maker program recognises and rewards students who are demonstrating the Olympic spirit through leadership and driving positive change in their communities. This can take on many forms – from minor to major, and from the ordinary to the amazing. Whether leading teams, coaching juniors, supporting seniors, making a difference at a sports club or a national cause, or effecting change on the world stage. Sprinter, actor and house captain, Augustine strives to be a positive influence on the lives of those around him. He was part of the team of student leaders who recently met with local Member of Parliament and representative for St Albans, Natalie Suleyman, with a proposal for free public transport for Victorian students. Augustine has prepared a video submission for his nomination, outlining some of his achievements and his drive to make a difference.